What is Reverse Discrimination?


Reverse discrimination, a relatively new concept, is discrimination against a dominant or a majority group and in favor of a minority or disadvantaged group. Here, the groups can be distinguished as a different ethnicity, race, religion or gender.


Sometimes, organizations have a certain quota for ethnic employees which they have to fill. In this case, an applicant belonging to a certain Ethnic group or race is given preference, even if he or she may be less qualified than any other applicants. The main reason behind creating a quota for the minority groups is so that there is equal opportunity for all groups and races; however, with a certain quota, often a less qualified applicant is accepted for a designation that he or she might not be able to handle.
The same rule is applicable for educational institutes also. In an attempt to increase diversity among the students, many universities and colleges have a quota to fill with African-America, Asian, African and Hispanic students, beside the usual Caucasian scholars. Though it certainly succeeds in creating a diverse student body, many able Caucasian, or White, students are often denied their choice of subject as the quota for that subject has already been fulfilled.
It is also said that students from the minority groups easily get admission into college so that the institutions can boast of their diversified student body. The same rules also apply in case of professional sports too.
Though reverse discrimination is mostly seen in the field of race or ethnicity, it is also noticed in the cases of sex or gender too.
Just as with racial reverse discrimination, some organizations have a quota for a certain number of female employees to be hired in the top management positions of the country. These top female executives can either he headhunted or promoted from the lower designations of the organization. In many cases, in order to fill the quotas of the female top management employees, capable male applicants are passed over to give the position to female employees who may not be up to the mark. In some careers this is not possible. Consider how many years it takes to become a medical assistant versus a hospital administrator: 2 years vs 6 years. How can an assistant, who has limited knowledge of a practice, be picked over someone who has 4 more years of education, not to mention experience?
The Feminist Movement is one of the most famous examples of reverse gender discrimination. Since all walks of life, from work to home, gives more importance to male than the female population, the women who are feminists or who follow Feminism demand that the female face is superior to men and should be treated so. Feminists not only demand equal rights as their male counterparts, but sometimes more rights and liberties.
The United States government is so focused on assuring the rights of the minority groups, that a portion of the majority group, namely the White feel like, at times, they are being discriminated against. According to them, discrimination against the White also exists in the US. An example as such is a lawsuit filed by Mr. Mark Hillaker Jr., an environmental technician at Hurley Medical Center, on grounds that he is being discriminated against because he is White.
Other such examples of lawsuits exist in the United States, where individuals belonging to a majority group or a man have filed lawsuits against discrimination.
Reverse Discrimination is a term that has caused mixed feeling among all communities. Although having a specific quota for female employees or a minority student quota is sometimes helpful and welcome, according to some, discrimination is discrimination and it is never a good thing. Discrimination against the majority is as bad as discrimination against the minority. Therefore, while reverse discrimination sometimes gives a false sense of security to women or minorities, it is nevertheless unfair and unwelcome to many.
Posted by Sophia at 1:56 PM No comments:

Ageism in the Workplace: Not the Price to Pay for Getting Old

Older people who are close to their retirement age have a hard time getting new job, even if they are more qualified than the other applicants. This is because, the employers in question think that they have no need of a job or because they ought to give the opportunity to someone younger and new. Also, sometimes it is assumed that they will miss work more or need frequent, if not regular, medical attention. Again, when it comes to lying off employees because of some reason, the older employees of the organization are usually the victim. Some employers prefer a fresh outlook and a younger mind for some specific posts rather than experience.
In some cases, experienced workers demand, or rather, deserve a higher salary than new faces in the field. A employee who has spend a large amount of time in a specific field, if s/he applies for work in a field different than his or her lifetime of work, there is a high chance the application will be rejected, on the basis that it will take them a much longer time to adjust to the new field.
Other reasons for not be willing to hire older people could be that they are usually averse to new ways and technology; they are slower to accept new ideas and reluctant to change their opinion or decision. Physically, they are slower and less productive in their ways.
On the other hand, young people applying for posts with heavy responsibilities are often not considered for the job because of lack of experience. Even with a high qualification, young applicants are rejected because they do not have enough familiarity with the job. Younger employees are not trusted with important assignments for fear that they might not be able to take proper decisions in times of need.
In general, it can be said that most organizations have a definite ides what their employees would look like, and decide to work with a workforce that is between a certain age limit, with a certain amount of experience and openness to new ideas. Anybody who falls outside this point of view is generally rejected or dismissed by them.
Almost everybody has to face ageism in the workplace at some time or another regardless of whether they were immune or discriminated earlier in their based on gender, race, background or sexual preference.
It is even possible to be a victim of age discrimination when a person is in their late-thirties. Deciding to change one’s field of career at this age, or wanting to start as an intern in a new field could turn out to be difficult even in one’s prime. Young people are preferred in some careers such as the creative and marketing field where they can bring new ideas to the table better than the older generation. Jobs that include physical activities and out-of-the-office activities prefer young people.
The Age Discrimination in Employment Act of 1967 forbids any discrimination in the workplace against anyone less than 40 years of age in the United States. The ADEA prohibits:
However, as with any form of discrimination, the main cure is to change the society’s point of view and thought pattern, rather than impose laws on them.
Posted by Sophia at 1:51 PM No comments:

Sports is another important field where Gender inequality is present in a big way. It has been a topic of controversy since a very long time to an extent that even Baron Pierre de Coubertin, the founder of the Olympics, said, “No matter how toughened a sportswoman may be, her organism isn’t cut out to sustain certain shocks.”

Since then, however, female participation in sports has come a long way. Though physically it is not possible for females to compete against male sportsmen in a game, every country these days have a female National team for their major sports.

Not only are women’s sports considered less important, they receive less coverage in media. According to the four major newspapers of US – the Boston Globe, US Today, the Dallas Morning News and the Orange County Register – women sports only total just about 3.3% of general sports news.

Not only in the National level, gender discrimination is widespread even in the college sports arenas. Not all high school and colleges have separate female sports teams or provisions for female participation in the male teams. Fewer scholarships based on athletic merit are offered to female athletes than male.

In the United States, the participation of female athletes is fewer than male, even in the primary school levels. This statistics is the same in both the urban, suburban or rural areas of the States, where age and social class contribute no difference.

However, the ratio of male to female participation in sports is minimizing gradually. Apart from some obvious ‘boy sports’ such as football and wrestling, almost equal participation of male and female athletes are seen in sports like soccer, basketball and baseball.

Even in today’s world where everyone expects equality, females are considered as feminine and weak, and not suitable for the sports field. It is often believed that sports make women mannish – an attribute which is not attractive to their male counterparts. This is one of the reasons that high and middle school students turn to cheerleading – cheering for the male athletes – rather than joining the team themselves.

This issue particularly makes gender discrimination in sports an important feminist issue. While sports and physical exercise is equally beneficial to both male and females, a society that is prejudiced and unwelcoming to anything new is holding them back.

Sports is a welcoming past time and career to both male and female, helps improve their team-work and leadership skills, boost their confidence in themselves, and most importantly, ensure physical health and overall fitness.
It is up to mostly a girl’s family and teachers to encourage her when someone shows interest in any field of sports. In a world where sports is generally considered as a male dominant field, a girl needs all the support she can get to break this prejudice and flourish.

Less TV and media attention are given to female sports, there is less participation of females in professional sports, fewer sponsorship is offered for female athletes. Except of a very few well-known female sports personalities, all the rest are male athletes who get the maximum media attention and sponsorship. Even in a smaller scale, some private clubs restrict female access to golf club.

Title IX, passed in 1972, is a landmark legislation that prohibited gender based discrimination in all aspects of schools, including sports. This gives any woman equal right to participate in any sports arena as a man. Also, under the Office of Civil Rights, any woman, or man who believe they have been discriminated against gender can file a complaint under Title IX.

However, after all the legalities, what we really need in to change people’s outlook towards Female Participation in Sports to increase the number of women in sports arenas.
Posted by Sophia at 1:44 PM No comments: 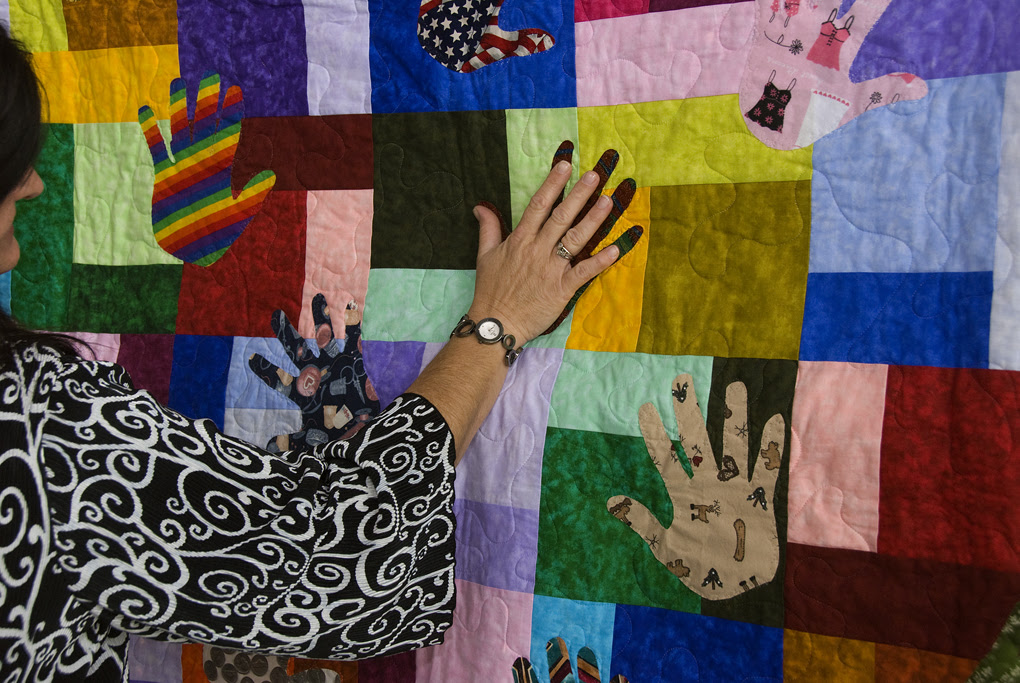